What is the range of cell sizes and shapes? 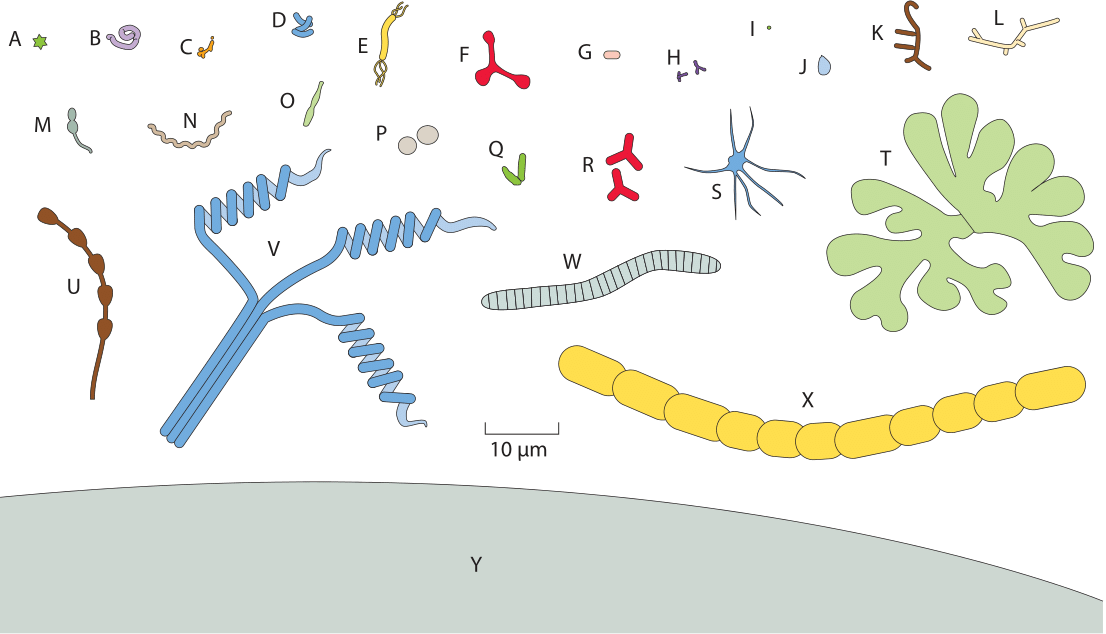 Cells come in a dazzling variety of shapes and sizes. As we have already seen, deep insights into the workings of life have come from focused studies on key “model” types such as E. coli, budding (baker’s) yeast and certain human cancer cell lines. These model systems have helped develop a precise feel for the size, shape and contents of cells. However, undue focus on model organisms can give a deeply warped view of the diversity of life. Stated simply, there is no easier way to dispel the myth of “the cell”, that is the idea that what we say about one cell type is true for all others, than to show examples of the bizarre gallery of different cell types found both in unicellular and multicellular organisms. 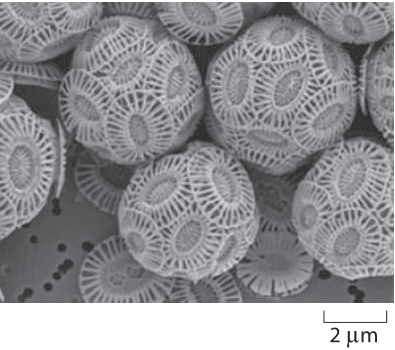 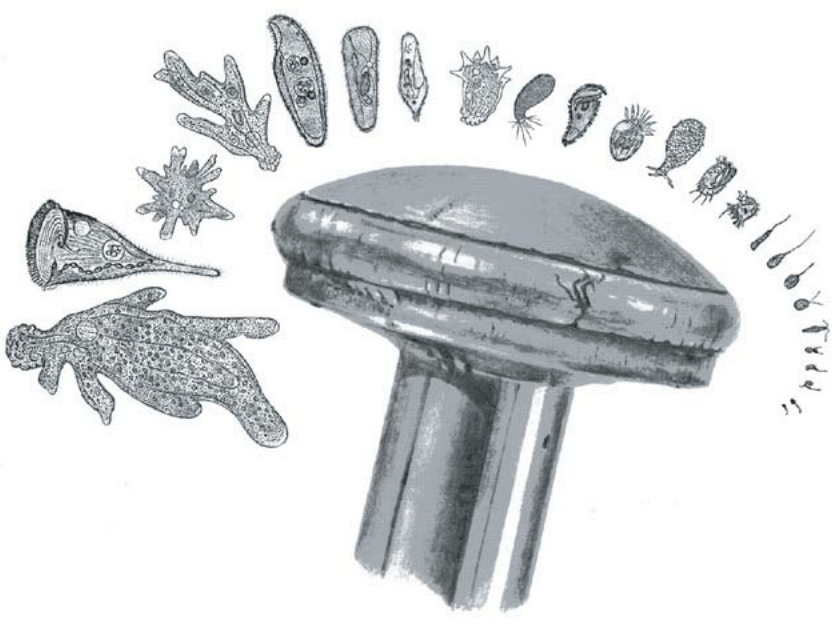 Figure 3: Protist diversity. This figure illustrates the morphological diversity of free-living protists. The various organisms are drawn to scale relative to the head of a pin about 1.5mm in diameter. (Adapted from B. J. Finlay, Science 296:1061, 2002.)

In this vignette, we are interested in the broad question of the diversity of cell size and shape.  Some representative examples summarizing the diversity of shapes and sizes in the microbial world are shown in Figure 1.  Though this figure largely confirms our intuitive sense that microbial cells are usually several microns in size, the existence of the giant Thiomargarita namibiensis belies such simple claims in much the same way that the Star-of-David shape of Stella humosa is at odds with a picture of bacteria as nothing more than tiny rods and spheres.

Some of the most dramatic examples of cellular diversity include the beautiful and symmetrical coccolithophore Emiliana huxleyi (Figure 2) whose exoskeleton shield is very prominent and makes up the chalk rocks we tread on and much of the ocean floor, though its functional role is still not clear; the richly decorated protozoan Oxytricha (for more single cell protists see the diversity and relative scale depicted in Figure 3); and the sprawling geometry of neurons which can have sizes of over a meter (even in our own bodies). One of the most interesting class of questions left in the wake of these different examples concerns the mechanisms for establishment and maintenance of shape and the functional consequences of different sizes and shapes.

Perhaps the most elementary measure of shape is cell size with sizes running from sub-micron to meters, exhibiting roughly a seven order of magnitude variability in cell sizes across the different domains of life as shown in Figure 4.  Though prokaryotes are typically several microns in size, sometimes they can be much larger.  Similarly, even though eukaryotes typically span the range from 5 to 50 microns, they too have a much wider range of sizes, with the eggs of eukaryotes and the cells of the nervous system providing a measure of just how large individual cells can be.  Clearly one of the most interesting challenges that remains in understanding the diversity of all of these sizes and shapes is to get a sense of the their functional implications and the evolutionary trajectories that gave rise to them. 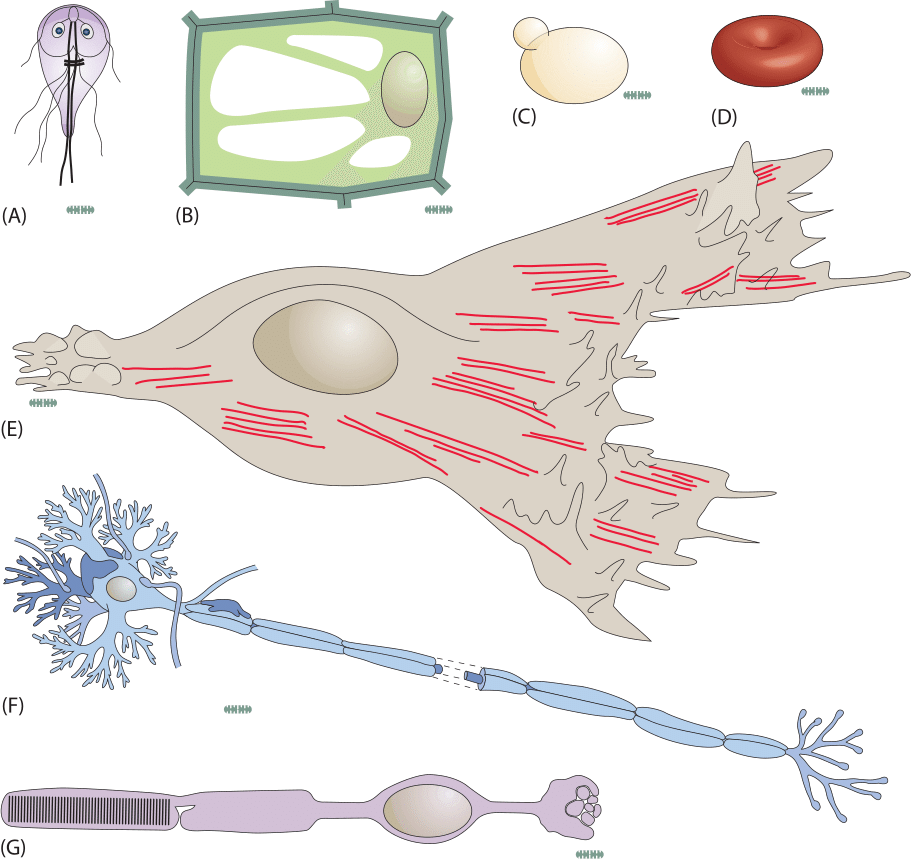 Figure 4: Cartoons of several different types of cells all referenced to a standard E. coli ruler of 1 micron width drawn in grey. (A) The protist Giardia lamblia, (B) a plant cell, (C) a budding yeast cell, (D) a red blood cell, (E) a fibroblast cell, (F) a eukaryotic nerve cell, and (G) a rod cell from the retina.

How big is a photoreceptor?
How big are nuclei?